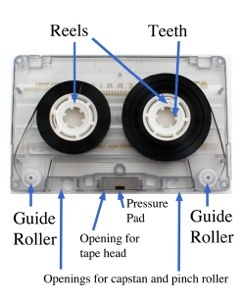 Now, you will be forgiven if you are of a certain age, and the first thought that leaps to mind with the heading this evening is audio tapes.

You know the ones. Those you could not leave in the car, because they might melt. The ones that you could delicately and surgically remove when entwined with the inner heads of your tape deck. The ones that when you did manage to break the tape inside, you would unscrew the cassette outer to delicately stick the two broken ends together, so that your favourite song that you had re-taped from your best friend’s copy that they copied from a guy’s that had the original master record……

You get the picture.

If you have no idea what I am talking about, then do some research, but many a happy hour or 20 were spent making sure you had the ultimate “tape” collection.

(Drumroll….) Ladies and gentleman, allow me to present…..

Pray what is that, I hear you ask? Well – today it was my life saver. I simply could not blog or even think about any walking last night as my left leg was in bits, and that same sense of imminent failure had me severely in the dumps, as well as the dreaded “What do I do now?”

In flies Siobhan this morning with a blue bag, some needles and super tape in hand. She first looked worried, but then smiled when she stuck several needles in me.

Then she looked pensive, but giggled as she pressed on my shins that sent birth pains through my body.

And then she frowned… a lot, as she meticulously cut and shaped strip after strip of Cinesio tape and expertly and scientifically administered them to my lower left leg… 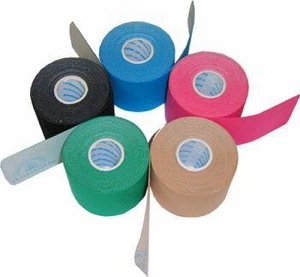