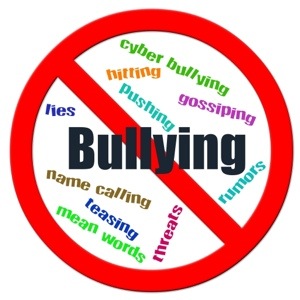 When I was walking through Stamullen which now feels like months ago, I walked past a school, and the kids were on their lunch break. It was a beautiful sunny day and they were all playing outside.

I had taken my earphones out as you do when entering a populated area (An Trek Fada etiquette 101), so could hear what was being said by the kids. There were about 6 girls huddled near the football nets. First they pointed, then one put her hand over her mouth, and then they started commenting on me, my attire, my size and the list goes on…. Just loud enough for me to hear. And yes, their intent was very much for me to hear them.

I remember feeling very sad, not for what they were alluding to, but purely because of the lack of respect, no matter how silly my attire, or the size of my frame, they had for me as an adult. I was even sadder as they clearly could not differentiate from the fact that I expected them to laugh with me, not at me, and that how much more blessed I was than them for being so comfortable in my skin.

Fast forward to today which was a day of true blessings. I had people really respond today, and wishing me well, and honking horns, and a day that was like Ravel’s Bolero… A slow exercise in crescendo which ended in a bang.

I had this lady stop along the way who had just heard me on SE Radio, and wanted to thank me when she saw me walking, as she and her daughter suspect that her granddaughter might have an eating disorder, and that through my interview they now had the name of BodyWhys, and would follow it up from there. And I thought to myself – wow, if just this one person gets help, then every step has been completely worth it.

But then, alas, my euphoria got dampened right at the end, when just as I was about to finish on the Clough Roundabout, two young women in a SUV came to the roundabout. The one actually held her hand over her eyes, as she “embarrassedly looked away” and the other who was driving and her were giggling and laughing at me.

This time I could not resist, and gave them the one finger in equal juvenile manner.

Why, do you ask, did I resort to such a childish reaction? Instinct!

How sad that even at an older age, these women could not see that they were more embarrassing themselves with their insecurity at not being able to have a bit of a laugh with me, than at me…. and again, that word respect. They did not even have the common decency like so many to at least ignore my absurdity, rather than try and ridicule it.

How very difficult must it be for young people with issues in this world of little respect and trust to speak up when in pain, distress or trouble -when at the core they believe what they see – being bullied and ridiculed?

I did not let this insignificant happening get me down, but I do feel a genuine and heart wrenching concern tonight for those who are not able to shrug things like this off…. and who resort to self harm of so many kinds to make the hurt go away, rather than embrace their uniqueness and speak up.